there are a few cool kids’ gangs that i feel like i’m part of, even though i’m not really. or not really ‘there’.
probably to the point of embarrassment.
like, i’ll walk in there one day and say ‘hi!’ to everyone, and they’ll have NO idea who i am:

the design conspiracy is one of them (especially before ben terrett left) – in fact, i think i did walk in there like i was part of the crew. luckily ben was there and i could just shuffle into doing something to help out

coffee mornings was another – i would see pics and read about who was there on every friday morning at the breakfast club in soho and i felt like i was part of the crew. when i did arrive in london, of course i would rock up. even though they were mostly planners and russelldavies fanboys (sorry russell). but i had a good time and everyone was welcoming and i met people who i continue to keep in touch with in elastic ways.

slightly less chummy, but just as ‘part of’ was actually tate modern. although it was more because i would read TATE ETC, their members’ magazine, and my friend/husband john would send me stuff from their exhibitions. and it only takes one visit to the museum i reckon and there’s a physical connect.

kaotic craft kuties is another club that, when it was in full swing, i felt like i was there when i wasn’t there; my friend esther’s new loungeroom sunday salon, where artsy and/or farsty crew talk about the stuff they’re up to, discuss themes like committment, burnout and collaboration – i get a great wrap-up of what happened at the salon, and i feel like i was almost there, which is great. 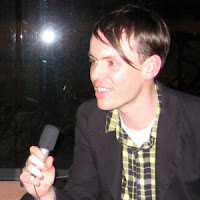 i sometimes forget that i don’t work at ARUP with dan hill from city of sound or  geoff manaugh at bldgblog, or rory/simon/stewart/christine from The Architects – because when i read their stuff, or listen to them on the radio, or watch them present, i feel like i could be there if time, money or qualifications were no issue. the big one, hilariously, is wieden + kennedy. i have so many blog/twitter/instagram friends who work in their offices around the world, who are always posting pictures about what they’re doing, writing blogs about their stuff, i see youtube videos of campaigns and have had discussions peeps in person, that it’s like i’m the kid next door.
i’m sure i’m not alone with that one – there are tonnes of advertising creative types that want to work there, i’m sure their receptionist in london gets it ALL THE TIME. and i supposed their CEO and creative directors get emails from strangers asking for advice and think ‘who the fuck are you?’. annoying maybe, but then hopefully they see it as proof that they do a good job of keeping people connected to them.
it’s a bit sad that there aren’t many art organisations that i feel that connected to really. e-flux does a good job of making me feel at home in the art scene generally. as does artlife. but i’m yet to walk into a gallery, or arts organisation for the first time and get weird looks when i say ‘hi!’ like i’ve been there a thousand times before.
maybe i’m not trying hard enough. maybe there’s something in that…
thanks for subscribing to she sees red by lauren brown. xx