It was my birthday on Saturday, so I took myself to the theatre. It was a last-minute decision after a difficult day, so I was very grateful that when I rushed in (late, puffed) and only had enough for a £10 ticket, the Young Vic staff were able to accommodate me.
As I was waiting for my late-comers’ entrance time, I had a quick run-down: a bit of the section I’d missed – a monologue from Styles about his time at the Ford factory, but nothing I couldn’t catch up on.
And, it was explained to me, the crowd and entrances were segregated – we were sitting on separate bleachers.
I wasn’t shocked.
Perhaps I already knew from something I’d heard about last year’s season. Perhaps it just made sense, being that the play was portraying South African Apartheid.
The play
Sizwe Bansi is Dead was written by South Africans Athol Furgard, Winston Ntshona and John Kani, deep into Apartheid/National Party in the 1970s. First premiering in 1972, Cape Town, its first season in London (1974) won accolades and connected English audiences to the nature of apartheid (and its UK complicity – noting the presence of Barclays in the South African City skyline at Styles’ studio). It has since been performed here in 1977, 2007, 2013 and now 2014.
The official blurb:

It’s 1972 in Port Elizabeth, South Africa and Sizwe Banzi’s passbook gives him just three days to find work. No work and he’ll be deported. That was four days ago.
So when Sizwe stumbles across a dead body with a passbook, he asks himself – does his identity card really define who he is? Could he give up his family and his name in order to survive?
Typically and misleadingly, Furgard is often touted as *the* writer of the play, however Ntshona and Kani are deeply entrenched in its dialogue – they played Styles and Bansi (Banzi) in the 1972/74 and 2007 seasons, and their names appearing as cameos in the play. Ntshona is the name of Buntu’s friend, and the “answering to ‘John!'” as a subordinate term was (presumably) not just about the de-nomination of Afrikans/Bantus, but also an oblique reference to Kani. 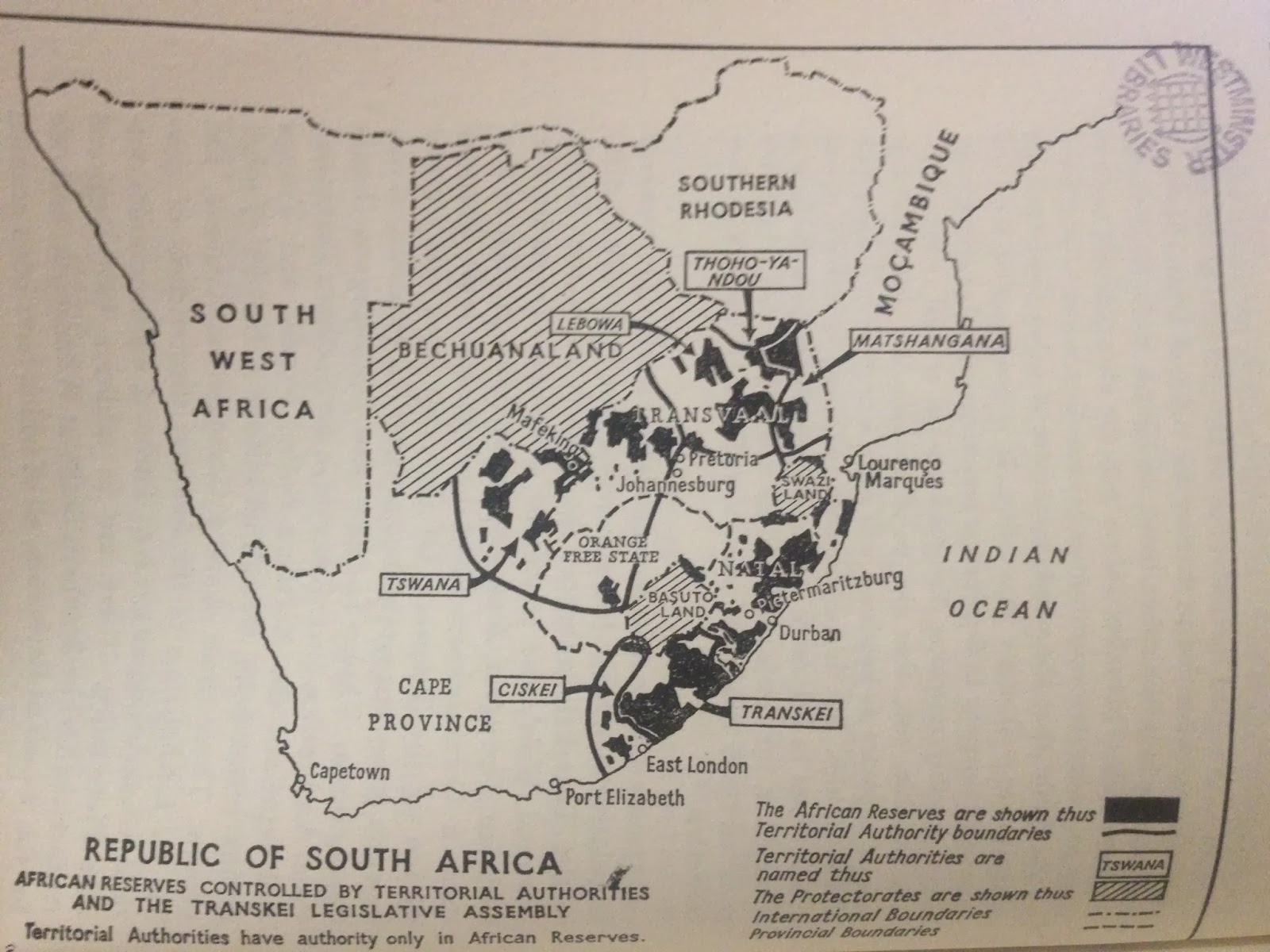 Background info
Port Elizabeth, the setting for the play, is a White Area on the Eastern Cape outside the sanctioned African Reserve Areas of the Ciskei/Transkei. Highly regulated. And not to be confused with even-more regulated Port St. Johns.
Africans/Bantus require a permit to be in an area outside of their ‘Homeland’, or another Bantu designated work area, requiring the kind of visa the UK Home Office dreams about.
I am lucky to have a little knowledge of Townships, Homelands and the business of the book* thanks to some reading I had done last year1, which outlined the restrictions for working in towns like Port Elizabeth and the legalities of why the character would HAVE to go back to King William’s Town.

Of course, I have zero understanding of the system portrayed in the play, but I got a little closer through seeing it.
This production
Sibusiso Mamba, who plays Sizwe Banzi/Robert Zwelinzima is actually adorable. He brings to the role a solid combination of solemn, awkward and honest – pathos. And this is crucial to playing a man struggling with being turned into someone he isn’t: not just his name, but someone who is twisted into dishonesty and manipulation in order to fit within the white supremacist system of Apartheid – in order to continue being something he used to be.
There is a section in the second half of play –  the crux of the work –  at the point in which Sizwe Bansi becomes Dead. It is where the desperation of being cut into a corner, dehumanised and bureaucratised has built to a point of such frustration, that he is willing to go to any lengths to prove that he is actually who he believes himself to be: a man.
The dialogue is full of tension.

And, unfortunately, in the performance I saw, it lacked the conviction of that situation.
There is like a very good reason for this (see the next section), probably nothing to do with Sibusiso’s acting, but it was still a little disappointing.
Tonderai Munyevu – who I had seen recently in Zhe at the Soho Theatre – is fantastic. He’s such a bright light on the stage and brings that cheeky Southern African humour to it whilst balancing the gravitas of oppression under legislated white supremacy and poverty. I could be making this up, but I felt like he is more Styles than Buntu – more “dapper, alert, thriving’, than ‘strong, compassionate, willing’  but that’s just me projecting it onto him.
The Styles section of the play was exactly what I needed on my birthday: Lots of laughter, lots of humanity, lots of cheerfulness in the face of adversity, and lots of determination.
The blankes/whites
Throughout the last 30 minutes of the performance, every 10 minutes or so four white, drunk, fairly-young members of the audience tramped and sloshed their way across the bench seats and out the door. Stumbling, making noise, disregarding the action on the stage and being arses. One woman falling up the stairs and clearly unable to manage anything quieter than a stage whisper when talking to the ushers.
When the first two left, I was confused. I thought the preview I was in was, perhaps, a rehearsal and that they were crew making changes. Then when the next person left I realised that they were just being rude. And by the time the last woman left – making the most noise, I was ropable.
Of course, the disturbance was not just that of individuals or the performance itself.
It highlighted the disregard us blankes still have for Africans and Black British people and stories. It reminded us that, despite being at a great performance of contemporary theatre, in one of the most diverse cities in the world, racism still exists.
Overtly. Subtly. Structurally.
Truly, Madly, Deeply.
Theatre-goers aren’t some special breed, inocculated against ignorance and bad behaviour. And, in true privileged style, most of us theatre-going white folk like to think we are separate from it, so we also didn’t like it when they showed us up. Me included.
And this is problematic, but it was somewhat satisfying to spy one of the girls in the foyer and express my displeasure. Not in an English, passive agressive way, but it in an overt way. As overt as her racist behaviour was. I was also slightly relieved and pleased to hear others telling her and her friends off, expressing their dissatisfaction.  It felt like maybe a step towards a desire for whiteness to not include such disgustingness. Clearly I’m still in denial.
Set for racism
The white supremacy that the characters in the play are railing against is continued in the structure of the performing of the play itself. And, given the behaviour of my four ignorant friends, here, I would suggest that it’s destructive, rather than enlightening.
The fact that Furgard is still touted as THE writer of the play (especially in London), rather than as one of three equal contributors is a reflection of the way in which white writers are still privileged over black ones.
In fact, the 2013 season of Sizwe Banzi and The Island was often touted in the liberal London press – (Time Out, The Guardian) as an Athol Furgard season. Not a Furgard, Kani and Ntshona season.
All three writers wrote both these books, by the way. And it would have been the lived experience of Ntshona and Kani that enabled Furgard to even speak of many of these actions.
With this production, audience segregation is the action of white supremacy and it had a racist effect. Regardless of its intention.
Back to our drunk mzungus – did it charge the conditions for racist behaviour? White supremacy as a system, causes racism. If the crowd has been mixed, or our differences not highlighted or enacted in such a way – if the system was not replicated, would these people have still done this?
Probably – because they were disrespectful, drunk and consequently self-absorbed and ignorant (the breeding ground of acting out internalised racism) but I’m asking the question anyway.
Because I think it’s quite important for me to remember – especially as an intelligent, politically- and racially-aware white woman – that oppression and racism (see also patriarchy/misogyny, ablism, hetero/cis-normative/homophobia) it is not about individuals and their own actions. It’s the awareness that we are a group of people who contribute and that there are systems (designed) that create and perpetuate these destructive actions and beliefs.
It also reminded me that it’s only the privileged who get to really fuck around with paying homage to oppressive systems in art or theatre or design. It’s only really those who have no clue who are able to cherry pick symbolism, ‘reincarnate’ or try to bring it to life – because we can all go home, tralalala and write a blog post about it instead of committing suicide or stealing a dead man’s passport to stay alive.
1. Bantustans – The Fragmentation of South Africa was a disturbing but enlightening publication from 1964 by Christopher R Hill and the Institute for Race Relations, London. I learned a lot about the specific policy of apartheid and the gross financial and econonomic destruction that was behind the ideology, sold as ‘solutions’ every couple of years.
The Court Theatre study guide to the play is an interesting accompanyment.